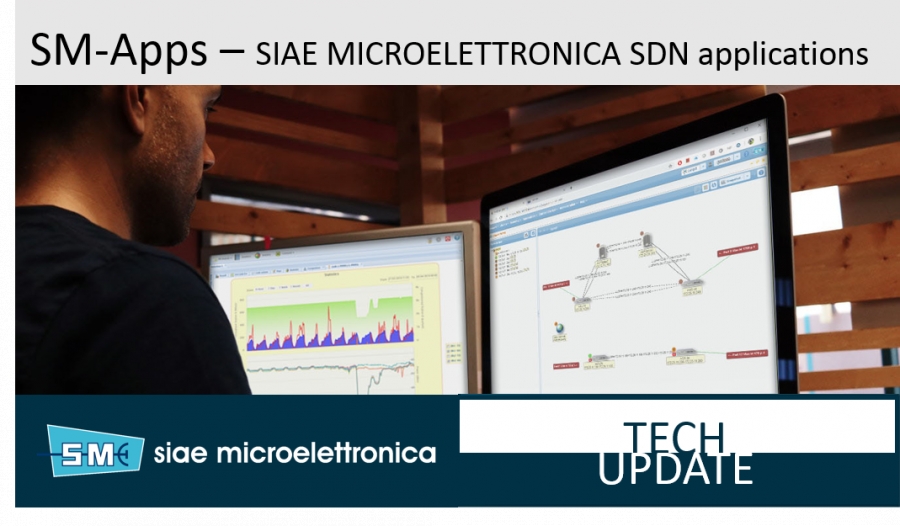 The Software Defined Networking (SDN) model has been driving operators to re-think their supervision and management architecture, moving towards a service orchestration based model. In the past years several working groups (ONF, ETSI, IETF) have defined and worked on models to fast forward the adoption of SDN to bridge the gap between the current network and the automated service centric network enabled by SDN.

There are two main models that have been tested by mobile operators, either accessing the equipment directly, or using a domain controller between the first level of orchestration and the equipment. The second solution offers several advantages; firstly the orchestrator interacts with a single element presenting the entire network connectivity, instead of every single network element, simplifying the communication processes, secondly the controller may also include in his management layer the existing legacy equipment, moving under the SDN umbrella from day one the complete network.

SIAE MICROELETTRONICA has been actively working in the above mentioned working group for the definition of the microwave radio yang model as well as the T-API interfaces. Latest achievement being:

Our diving position has been recognized by major mobile operators who co-operated and partnered with us for their first live microwave trial SDN network deployment using our SM-DC (SIAE MICROELETTRONICA – Domain Controller).

Further SIAE MICROELETTRONICA demonstrated how with the integration of a hierarchical controller, end to end IP/MPLS services could be automatically set-up and orchestrated starting on a wireless microwave radio at the access and terminated on a packet optical equipment in the regional fibre network.

The applications interact with the controller via standard RESTconf T-API interfaces.

If you not change browser settings, you agree to it. Learn more

To make this site work properly, we sometimes place small data files called cookies on your device. Most big websites do this too.

A cookie is a small text file that a website saves on your computer or mobile device when you visit the site. It enables the website to remember your actions and preferences (such as login, language, font size and other display preferences) over a period of time, so you don’t have to keep re-entering them whenever you come back to the site or browse from one page to another.

Enabling these cookies is not strictly necessary for the website to work but it will provide you with a better browsing experience. You can delete or block these cookies, but if you do that some features of this site may not work as intended.
The consent can be withdrawn at any time.

You can control and/or delete cookies as you wish – for details, see aboutcookies.org. You can delete all cookies that are already on your computer and you can set most browsers to prevent them from being placed. If you do this, however, you may have to manually adjust some preferences every time you visit a site and some services and functionalities may not work.